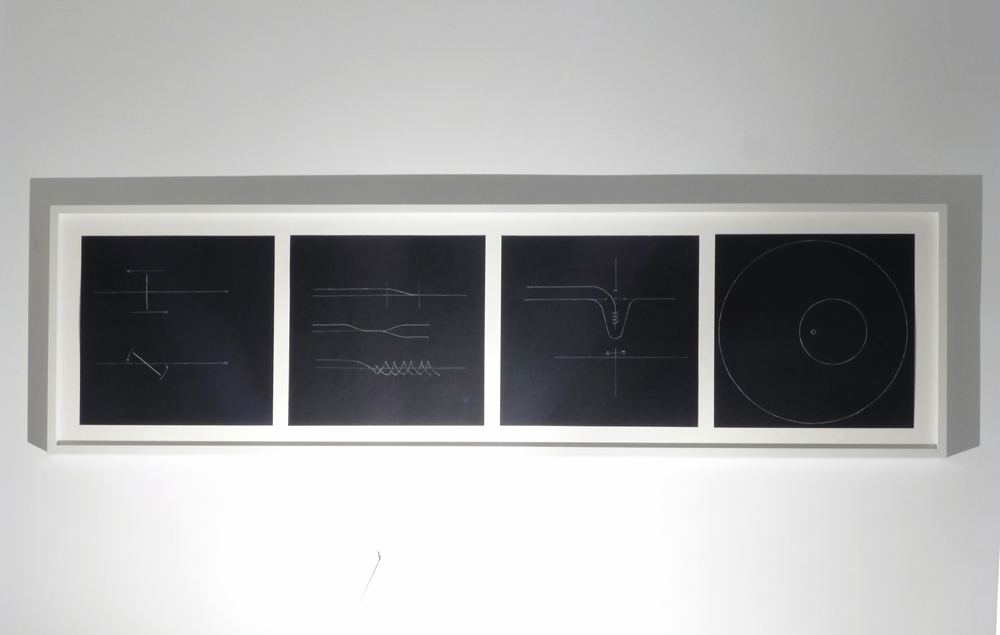 Bertrand Lamarche, contemporary artist and 2012 nominees of the Marcel Duchamp Prize, describes, in his drawing Time-Travel Theory, the dissolution and resurrection of the self as it listens to music. The tension of the work itself lies in its schematic romanticism, its false rationality, and minimal anthropomorphism.

The progression of the piece is as follows:
You hear a piece of music for the first time.
You have the uncanny sensation that you’ve heard it before.
Your present self crashes into a past axis of time.
You feel unlike yourself, transformed.
But this state of metamorphosis is in constant flux.
Even as you bump into the past and stumble upon the present, the future is upon you, and you begin spiraling toward it, looping over and over again. Your eternally recurring present changes the past.
The past is no longer the past.
All norms of time collapse, as do you. You fall. You spin about your own axis.
Then you recompose.
No longer linear, you look like a record.
A vinyl, except not concentric, but eccentric, unstable, de-centered.
You feel as though you live outside of society.
Your inner life and the event of music, the emotion, or the melancholy it induces, creates an aberration in conventional protocol.

Like Mr. Palomar(Mr Palomar, novel by Italo Calvino, 1983), who feels exterminated from the world, the “self” in this drawing, pivoting inextricably on the axis of time, is affected by an experience outside of it so much so that the self merges and becomes the music by which it has been transformed. Walter Pater described music as the highest form of art because its form is indistinguishable from its being. The self, upon listening to a piece of music, becomes the music.

Excerpt of "we are all synecdoches" by Himali Singh Soin, artslant.com, 2014 . 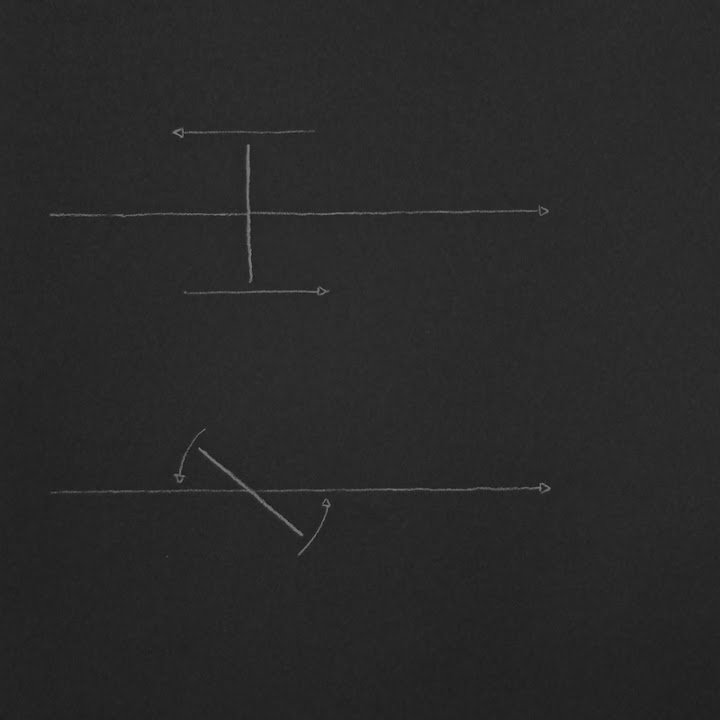 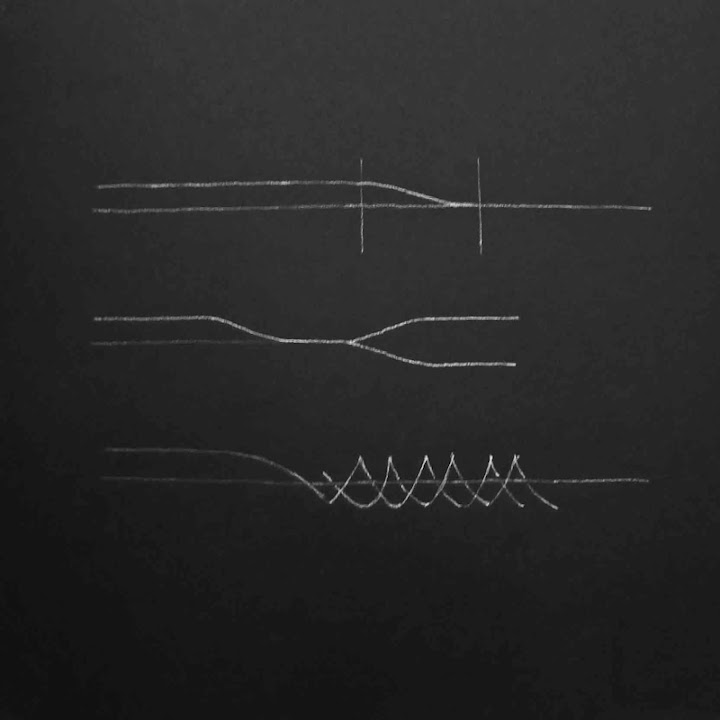 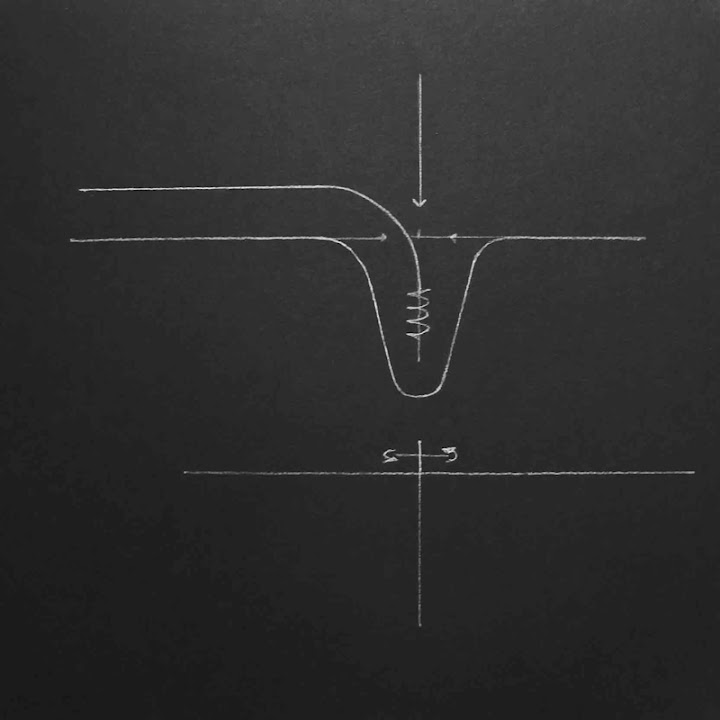 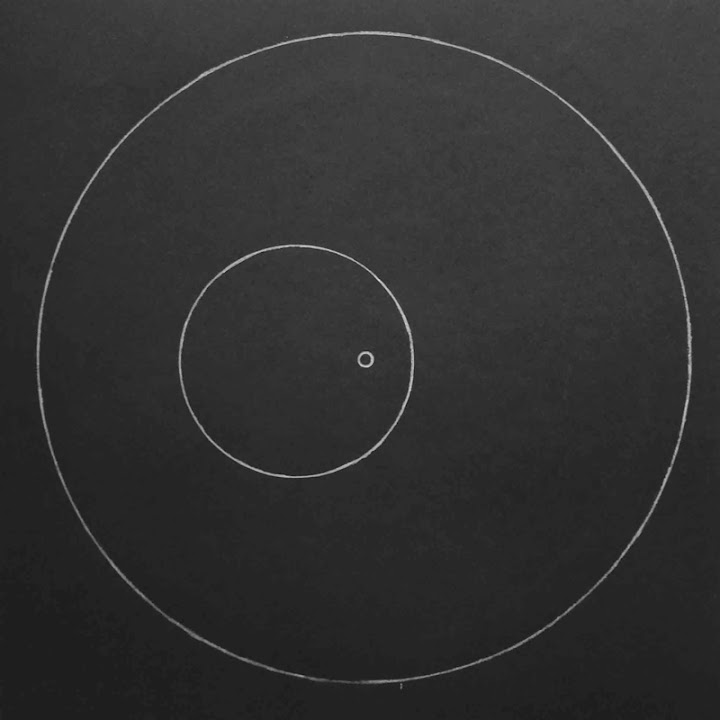