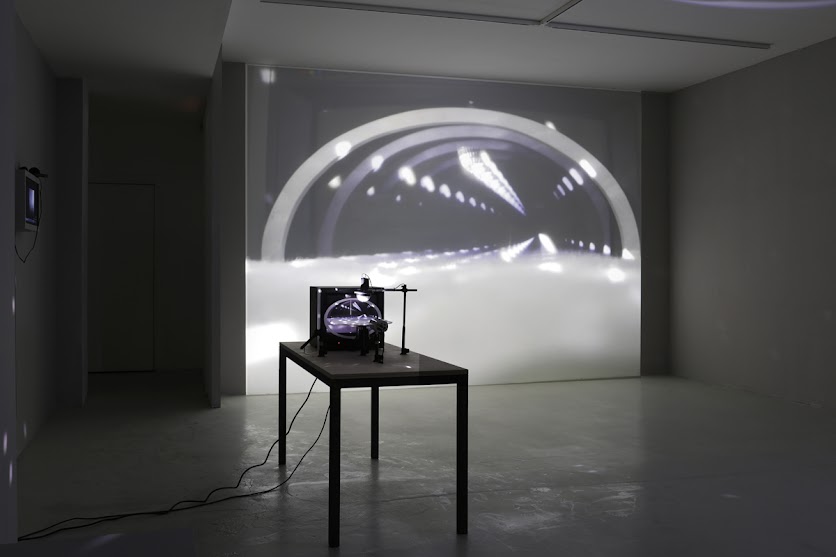 The Funnel Stage is a live video Installation including a table and a live video projection. On the table, a video camera shoots its own image on a monitor, with an ark and a mirrorball between the two elements. Due to the mis-en anime-device, the ark appears as a tunnel reminding the one from the twilight zone. In the work of the artist, the whole set was designed to produce a model of a Nightclub stage for his cabaret project titled the Funnel. The installation appears as a primitive cinematic trick, creating a low tech special effect, of a fog ground in an endless tunnel animated by dancing lights 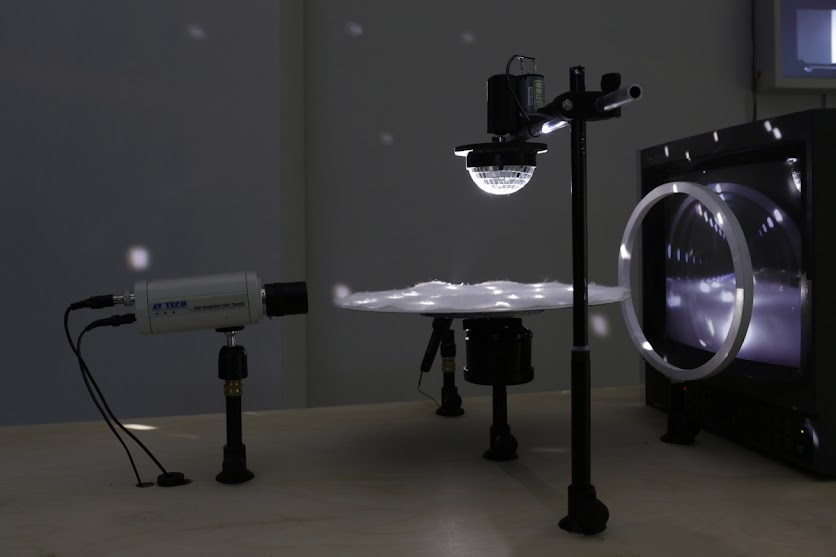 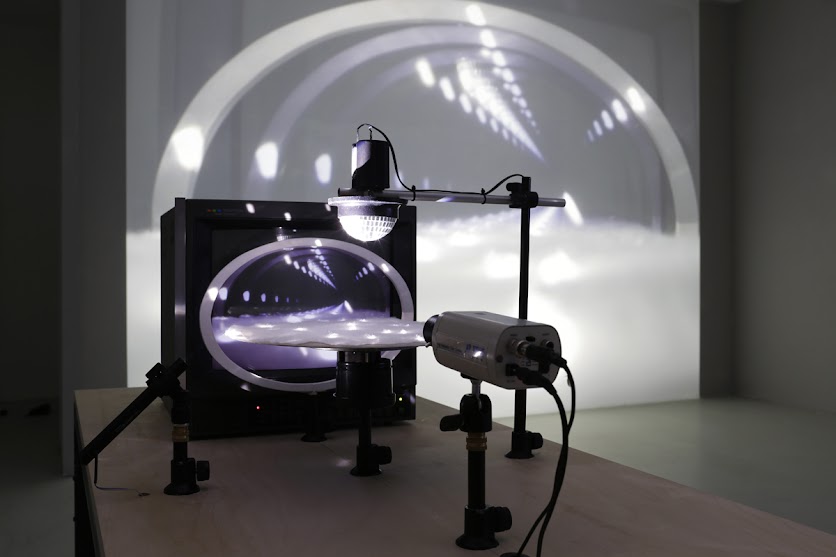 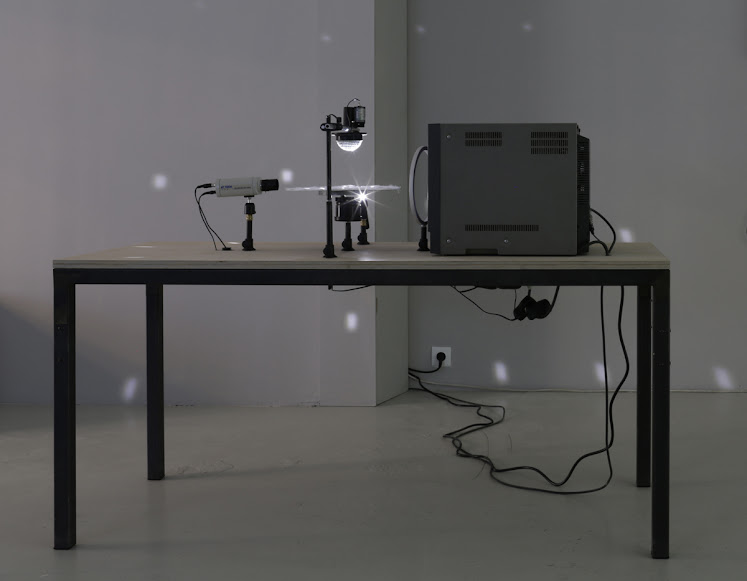