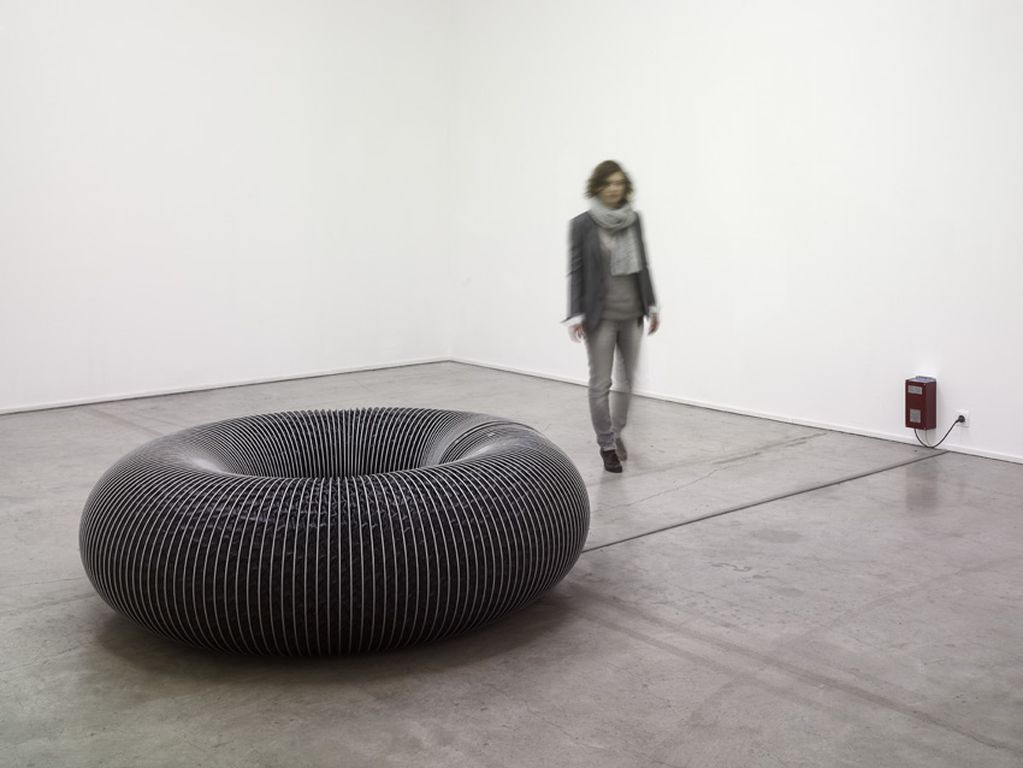 As an hybrid between machine and living being, Bertrand Lamarche's scultpture entitled Lobby (Hyper tore) seems escaped from a science fiction story. This massive crown tubular that winds itself entirely around itself, evokes a kind of abyss, creating a dizziness by it's weird movement, between suction and repulsion. The center of the sculpture seems collapse on itself, as a black hole in a perpetual movement. 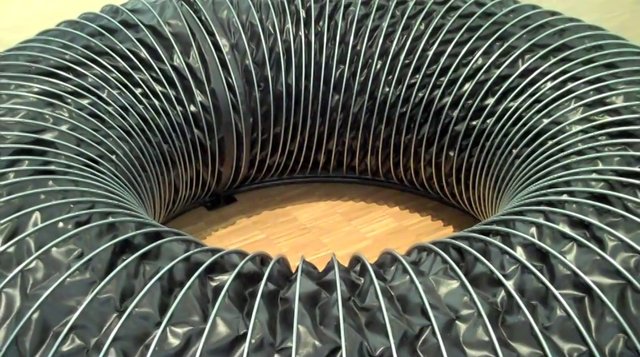 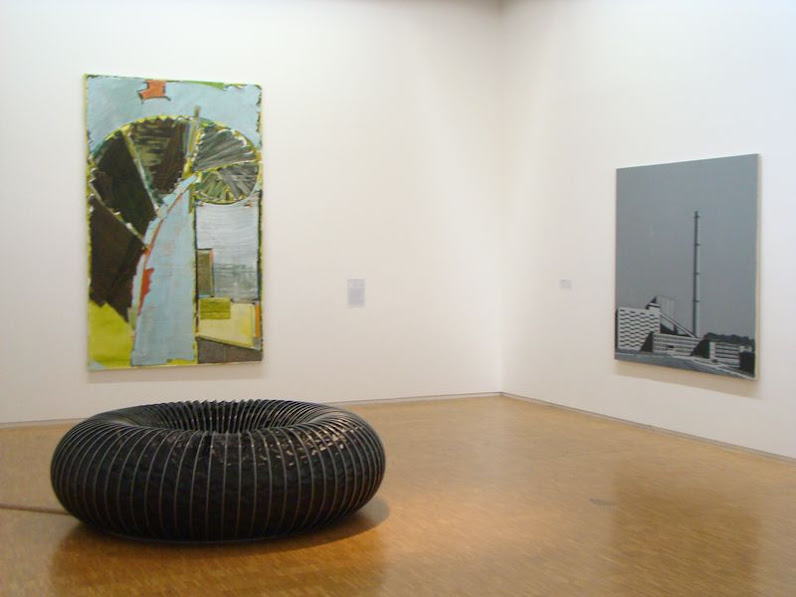