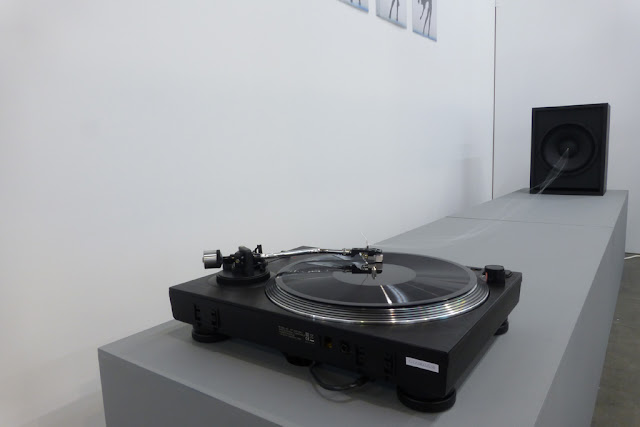 Sans Titre (Untitled) , 2008, a piece produced for the exhibition, comprises an amplifier and two loudspeakers, one of which is connected to a turntable by a thread several metres long. On the turns a dub plate, a fragile unrecorded acetate disc, with two drill holes. Althought microgrooved, the disc is silent. The vibrations emitted at the loudspeaker’s surface jolt the thread like an oscillogram. The turntable arm holds the thread in uncertain equilibrium, its needle on the verge of jumping. A genuine tension – both mechanical and psychological – is created by the humming atmosphere of a story in progress, played out in the space of La Galerie. It is a latent hypothetical drama, signified in sound by the allegory of the tempest : the viewer waits on tenterhooks. The infinite to-and-fro, wich borrows the loop motif from music, imparts to the work an undefined temporality. With great economy of means, Bertrand Lamarche Manages once again to create an unsettling and even worrying world, with a self-managed device that cleverly combines causes and effect in mutual interaction, as in his work Réplique. 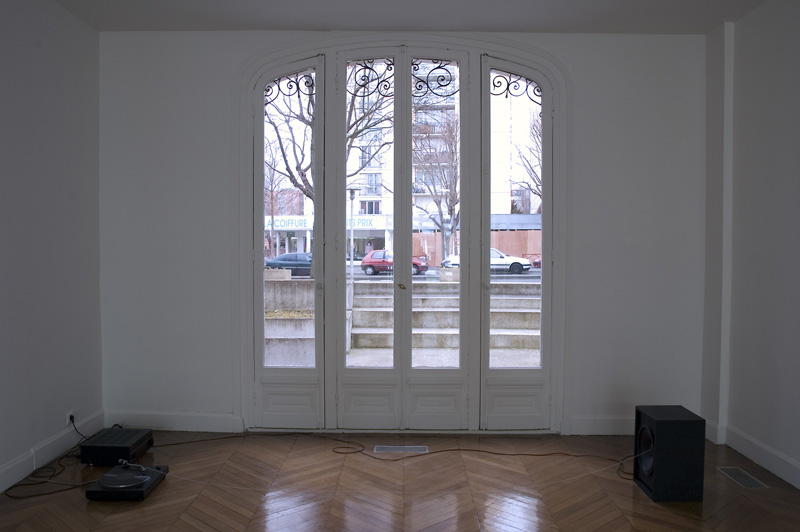 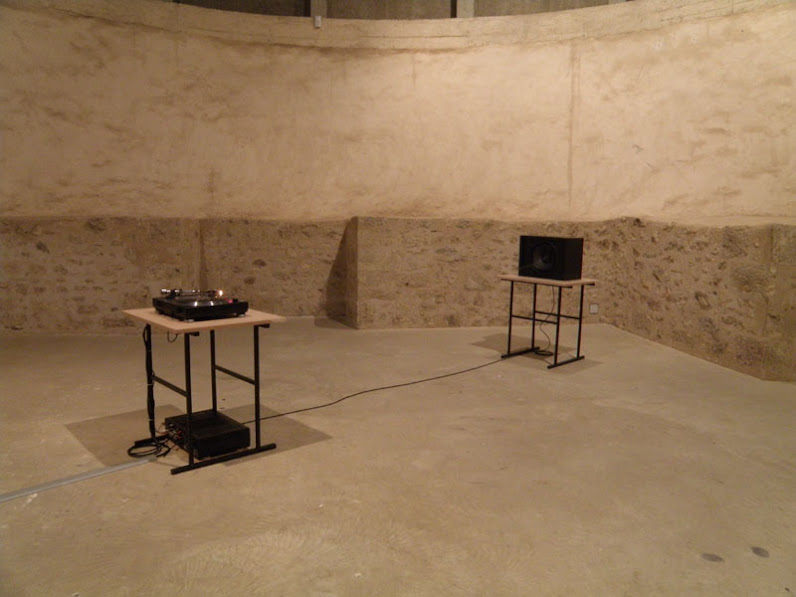 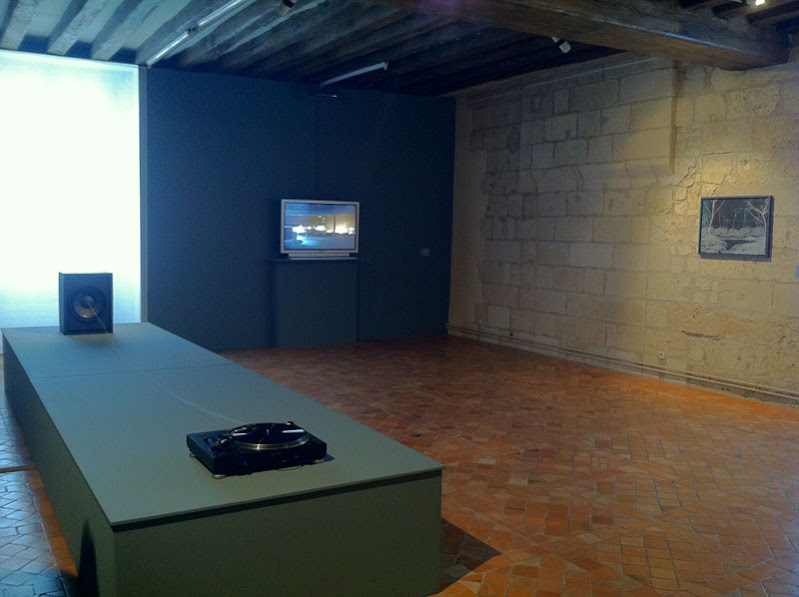