Replique is a machine for generating organic forms that move between hypnotic ether and entropy. This sort of self generation looks like a simulation of mechanistic models of perception or even an involution of fluid menbranes, algorythmic filaria, liquid architecture or a genetic exploration of architectural form. Or even, the nerves cells of a brain, inchoate magma of form-matter, a biological transformation of organisms. This formal and processual instability contrasts with the static nature of the mechanical system, which The perception of the work diffracts between the projection of light, its recording system and its reflection on a surface. Between optical phenomenon and cognitive field, the work exist in this interstice, this elastic dimension where a vibratory field unfolds, wich is neither representation nor immersion, but one of these « transforming repetitions » dear to Roussel. The title of the work, Réplique, again refers to the model. remains perfectly visible. The Replica induces a repetition, the production of a life size model, whereas here, were are confronted with a mass of folds, folds of representation the model, an instrument of measure, has disintegrated into, in order to explore the fluctuations of a pre-figurative world in which, the inflexion of the fold operates the connection between light and shadow, the inside and the outside, and the iconic and the system."

View of the exhibition at FRAC CENTRE, Orléans, 2012 © François Lauginie 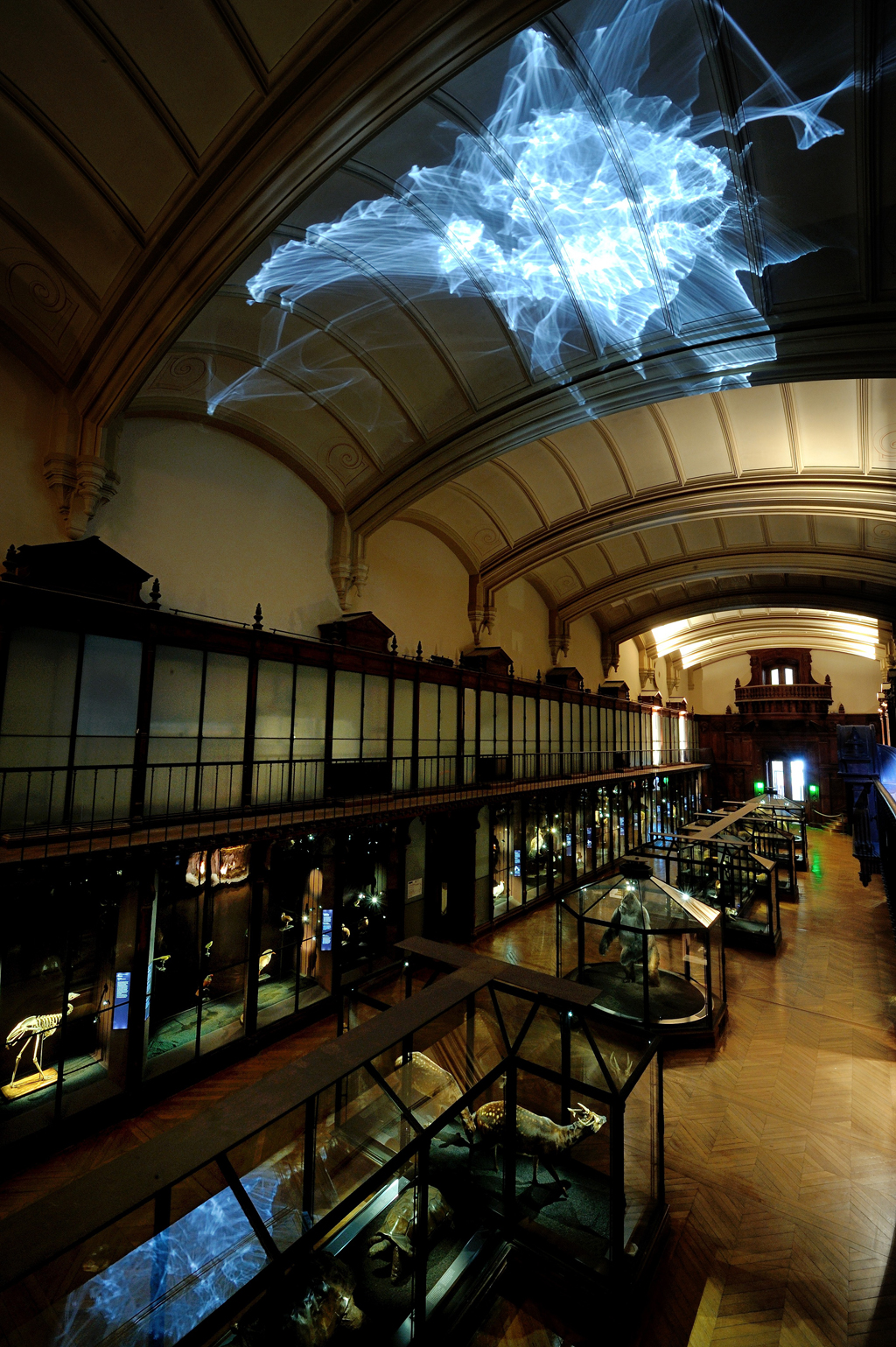 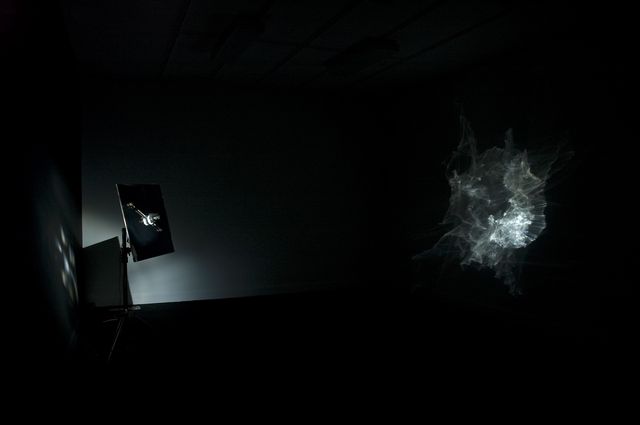