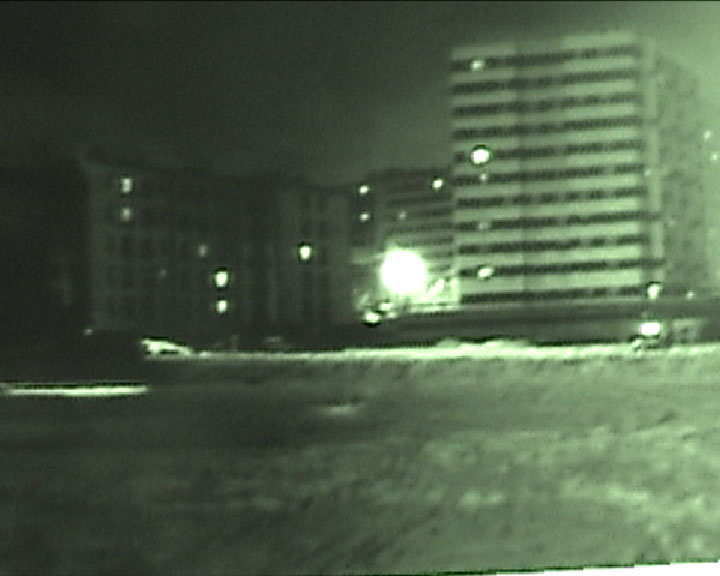 Interested in architecture and in contemporaries landscapes, Bertrand Lamarche has designed several projects relatives to the site embracing the J.F.Kennedy viaduct site in Nancy. On this archetypal non-place with its unfinished look and chaotic images that were shot the Terrain Vague project, mounted as a long tracking shot that accompanies the circular sweep of the nocturne landscape by the beam of a lighthouse. The artist created a photographic panorama, referring to primitive cinema, that he used to shoot the movie. The video is in fact a tracking shot along a looped picture, which evokes the movement of an automatic security camera. 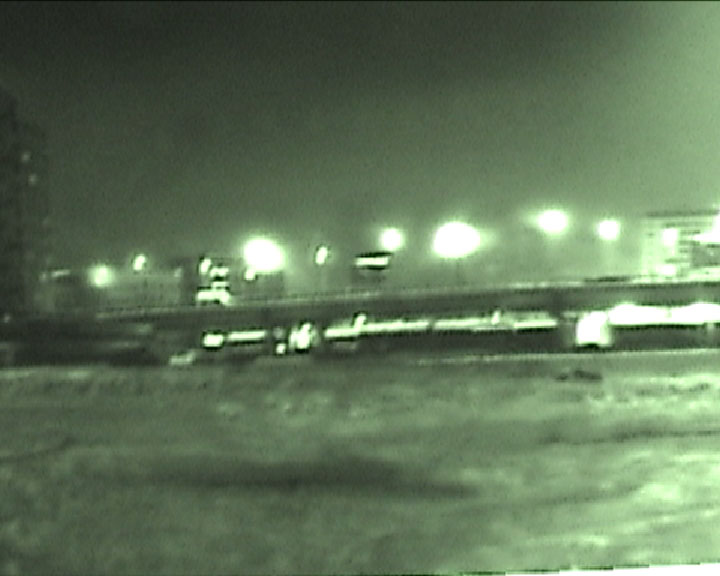 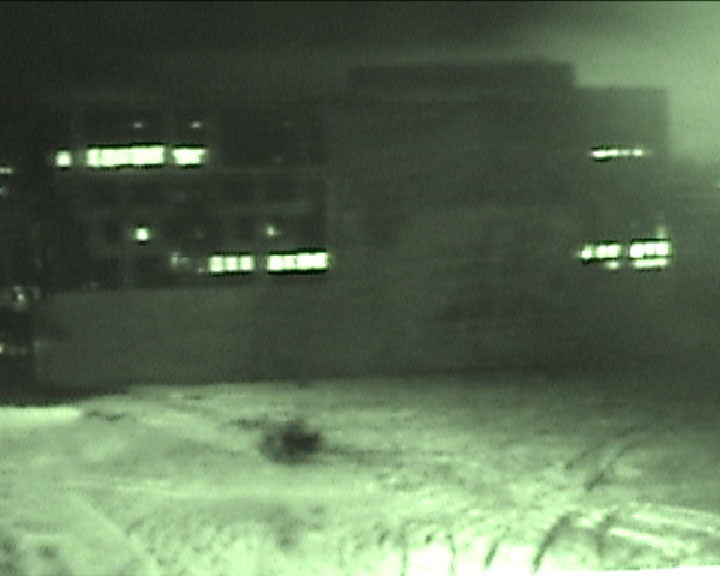