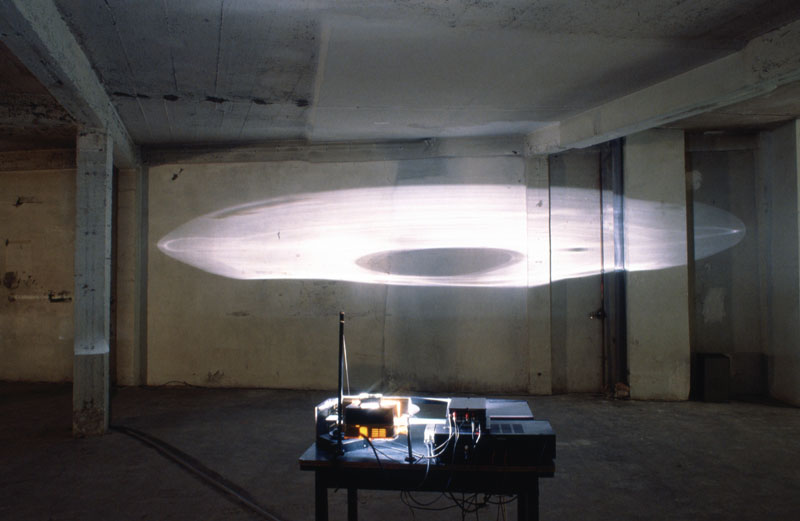 Elemental and eccentric forces and laws of the vast external world are within the grasp of Bertrand Lamarche's Tore. He is fascinated by the threshold, opening into infinity: whirling winds, funnels and waterspouts, vortices, or urban planning on a herculean scale, tomorrow's city already glimpsed in a haze of orange vapour lighting. He deals with "hollow bodies," pockets of vacuum that exist in reality: tunnels, empty lots, quarries, but also tornadoes, black holes, or smaller gaps and vents.

And, so it went as, from gallery to gallery, one encountered metaphors of time, space and the fragile nature of life. In one of the most stunning spaces, Bertrand Lamarche, created a large, flattened, broad, oval, floating mass of cloud like light. It undulated hypnotically and one would have liked to stay and contemplated it for hours on end. The effect was achieved by reflecting a tensor light on the oblique angle of a vinyl record turning ever so slowly on a turntable. The undulating effect was based on the defraction of light as an array of angles by the grooves of the anonymous recording. This made me rethink once again the creative potential of my vast collection of vinyl. Like many members of my pre CD, generation, as a former rock and jazz critic, I once measured my personal net worth in terms of running feet of vinyl. All arranged alphabetically. The only aspect of my life that is truly and obsessively organized. 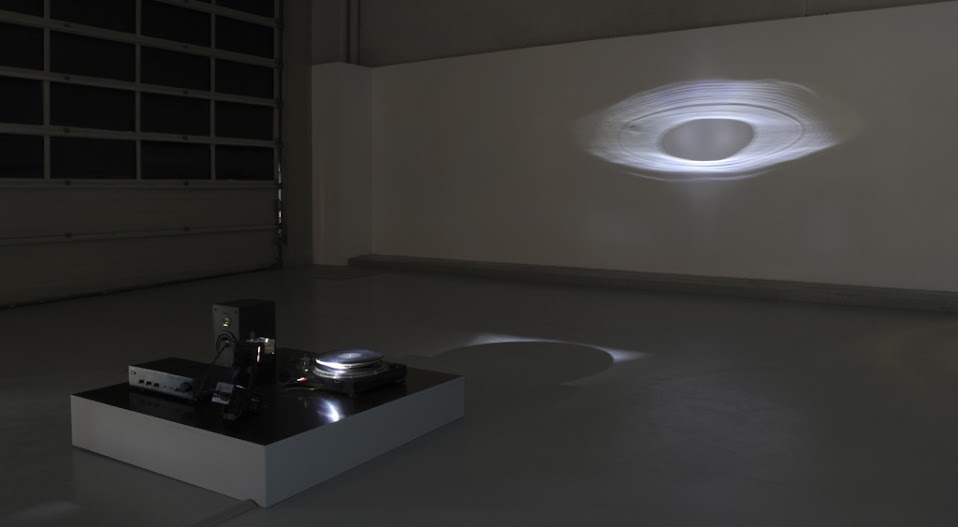 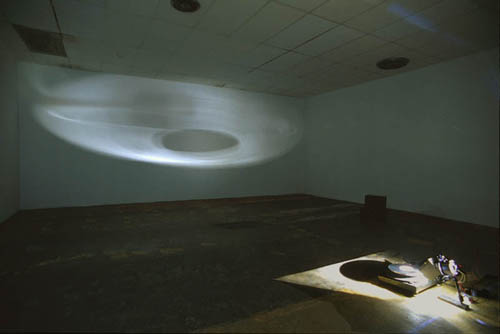